As people in the western world start thinking about the return of the summer sun, residents of New Zealand are searching the skies for the first sign of snow that will signal that ski season is right around the corner. The time has come to get ski fit and order ski lessons. The Canterbury region finally got to see some of the white stuff, and the temperatures in Christchurch are beginning to drop. That is exciting news for those looking to get their ski gear out of storage, as it means that it won’t be much longer until the slopes open and the 2019 Mt. Hutt ski season gets underway. I’ve been fortunate enough to have had some Canadian skiing & now ready to teach some skiing at Mt Hutt. Contact Neil Parker for details.

There are sure to be plenty of people who were starting to believe that this day would never come, as it has been a long, dry season in the Mt. Hutt area, making skiing the farthest thing from people’s minds for quite some time. There was definitely some relief to be seen on the faces of the people who manage the ski area, as this turn for the worse in the weather means that they can start speeding up their efforts for the opening of the slopes. The excitement of the snowfall is sure to quickly be replaced by a determination to make sure that everything is ready for when the first skiers start to arrive in June.

The start and length of the ski season at Mt. Hutt is always in the hands of Mother Nature, but the team there are planning to open up the slopes in mid-June, with the season running through until early October. It goes without saying that a good dump of snow between now and June would mean that all slopes would be open and at their packed and groomed best for opening day. This all serves as a reminder to regular skiers that now might be the time to start making some plans for the upcoming season. 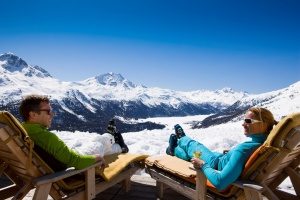 The area in and around Mt. Hutt fills up quickly once the season begins, and you need to start thinking about making reservations if you plan on extending your ski adventure beyond a single day on the slopes. Now is also a good time to get your ski passes for the year, as those who plan on making regular trips to the area can save some real money by investing in a season pass. If you are planning on taking kids or hitting the slopes yourself for the first time, it’s also a smart idea to plan ahead if you would like to spend some time with a qualified ski instructor. There are only so many spots available, so you will want to make sure that you can get a date and time that suits your skiing schedule.

We are still a couple of months away from the official start of the ski season, but that is time that will go by very quickly. The more preparation you do now in planning for the season, the quicker you will be able to get out there and get on the slopes.

I have bookings available. 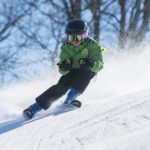 As people in the western world start thinking about the return of the summer sun, residents of New Zealand are searching the skies for the first sign of snow that will signal that ski season is right around the corner. The time has come to get ski fit and order ski lessons. The Canterbury region […]